ProVita Celebrates Four-Year Anniversary With A Tribute To Its Founder 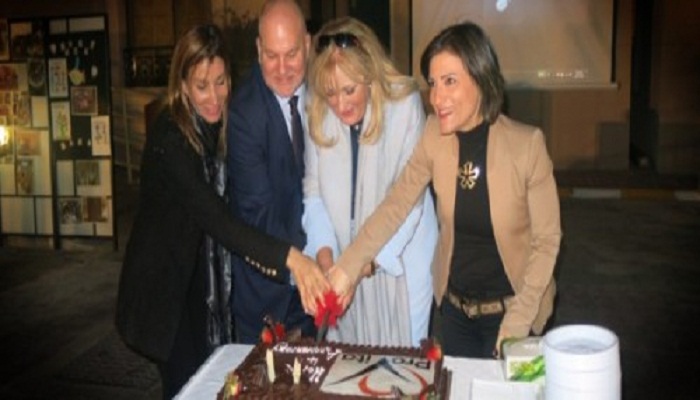 Four years after ProVita opened in Abu Dhabi as the first facility of its kind to offer long-term care for ventilated patients in a personalized, non-hospital setting, the team has hosted a community event to celebrate its ground-breaking success.

Four years after ProVita opened in Abu Dhabi as the first facility of its kind to offer long-term care for ventilated patients in a personalized, non-hospital setting, the team has hosted a community event to celebrate its ground-breaking success. birthday-cake

The event was held in the courtyard of ProVita Abu Dhabi on 24th February 2015 and the afternoon began with fun activities for patients and families, including organised games and an international food stand. During the evening ProVita opened its doors to colleagues and members of the wider community, including Abu Dhabi Police and the Red Crescent, both of which ProVita has worked closely with on several education and awareness initiatives over the previous years.

As well as marking the incredible progress ProVita has made in enhancing quality of life for patients since it opened, the day was dedicated to founder Christina S. Boehme who first introduced the ProVita concept in Germany in 1995, before bringing it to the UAE in 2010. ProVita now has a second facility in Al Ain and the two provide exceptional care and rehabilitative services to ventilator-dependent residents who have been treated within ICU units of hospitals or even had to go abroad to get the quality care they needed and deserved. ProVita is a local facility that provides medical and rehabilitative care at the best international level enabling residents to enjoy their accustomed cultural and spiritual environment and even more importantly, remain in close proximity to their families.

The opening speech was given by ProVita’s CEO Michael Davis, followed by Chairman & CEO of the Board Dr. Helmut M. Schühsler and Mr. Adil Al Zarooni Member of the Board. A video was also shown featuring thank you messages from patients, colleagues and families to Christina for her dedication and support. In the grand finale ProVita staff gave a moving song and dance performance before showing some of ProVita’s highlights from the preceding years.